Biography of Ersin Tatar, President of the Turkish Republic of Northern Cyprus 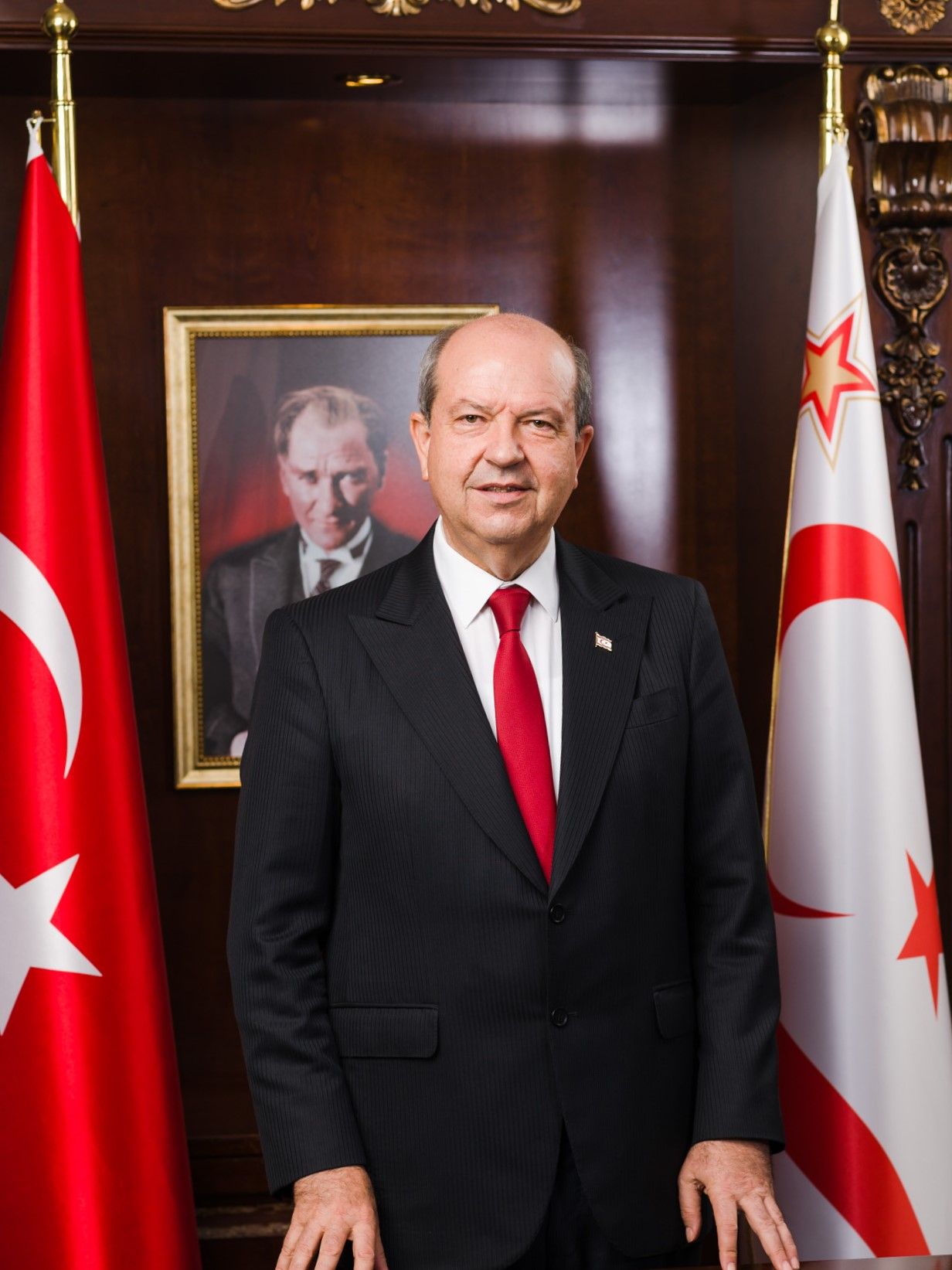 Ersin Tatar became the fifth President of the Turkish Republic of Northern Cyprus (TRNC) on 23 October 2020.

Prior to that he was the TRNC Prime Minister, in office from 22 May 2019, and the Leader of the conservative National Unity Party (UBP) from October 2018.

In politics since 2003, Tatar stood for the TRNC Parliament in 2009, when he was returned as a Member of Parliament for Lefkoşa. He was re-elected in 2013 and again 2018.

Tatar served as the Minister of Finance from 2009 and 2013 under two different UBP Prime Ministers. Between 2013 and 2018, he sat on the Finance, Economy, Budget and Planning Committee in the TRNC Parliament.


Tatar has strong ties to the UK, having graduated from the University of Cambridge in 1982 with a degree in economics. He went on to work in the UK headquarters of Price Waterhouse, an international audit and financial consultancy, where he remained until 1986, qualifying as a chartered accountant in 1985. For the next four years, he worked as a Corporate Treasurer at Polly Peck, then one of the fastest growing companies in the world, and whose interests included Turkey and Northern Cyprus.

He moved to Turkey and became Finance Manager at FMC-Nurol Savunma Sanayi A.Ş., a major military manufacturer based in Ankara (1990-92). He was appointed the Financial Director of Show TV, the first private Turkish broadcaster, in 1992, helping it to grow into one of Turkey’s biggest television channels by the time he left in 2001.

Alongside politics, Ersin Tatar has also served in non-governmental organisations, clubs and associations. He was the Chairman of the Istanbul Cyprus Turkish Cultural Association between 1997 and 2001, and the Chairman of Yenicami Ağdelen Sports Club (YAK) from 2001 to 2003.

Born in the Cypriot capital Nicosia in 1960, Tatar lost his mother Canev Tatar when he was just eight years old.

He grew up in a family of prominent Turkish Cypriot politicians. His father, Rüstem Tatar, was an economic advisor at the 1959 London and Zurich agreements that led to the establishment of the Republic of Cyprus in 1960. Afterwards, he was appointed the Republic’s Auditor General and when the government collapsed following the December 1963 coup by Greek Cypriots, Rüstem Tatar became the Minister of Finance of the Turkish Cypriot Administration, serving from 1967 until 1976, by which point the administration was called the Turkish Federated State of Cyprus.

Tatar’s grandfather, Cemal Müftüzade, was also a significant political personality, appointed as the Undersecretary to Vice President Dr. Fazıl Küçük in the Republic of Cyprus.